Quint Studer spent ten years working with special needs children before entering the healthcare industry in 1984 as a Community Relations Representative. He then went on to hold leadership positions at Mercy Health System in WI. He later became COO of Holy Cross Hospital in Chicago, IL, where his initiatives in patient care led to their winning Hospitals Magazine’s Great Comeback award. In 1996, he became president of Baptist Hospital in Pensacola, FL, leading that organization to the top 1% of hospitals nationwide in patient and employee satisfaction.

In 2000, after numerous requests by organizations for assistance, Studer Group was formed. Over the years the outcomes firm won multiple awards, including the 2010 Malcolm Baldrige National Quality Award. By the time the firm was sold in 2015, it had 250 employees and had helped more than a thousand healthcare organizations move toward higher performance. Inc. magazine named Studer its Master of Business, making him the only healthcare leader to have ever won this award. Twice Modern Healthcare has chosen him as one of the 100 Most Powerful People in Healthcare for his work on institutional healthcare improvement. 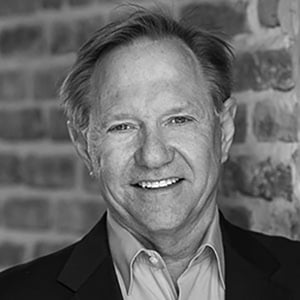