I am from a city named Utica, located at the foothills of the Adirondack Mountains in Central New York. After graduating from Albany College of Pharmacy with a PharmD in 2010, I moved back home to work in hospital pharmacy. For 15 years, I was the Clinical Pharmacy Information Technology Coordinator at a hospital in Utica. I transitioned in 2021 to become the Director of Pharmacy at Community Memorial Hospital in Hamilton, NY. I have a 4 year old daughter named Sophia who keeps me plenty busy. In my spare time, I enjoy outdoor activities such as playing golf and going to Saratoga Springs to visit the horse racing track. During the awful Central New York winter months, I enjoy cooking and going to concerts as well. A fun fact about me is that I named my pet beagle, Ernie, after Bill Murray’s character in the movie Kingpin. We call him, “Big Ern”! 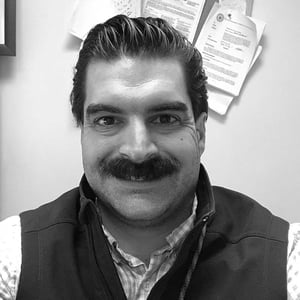